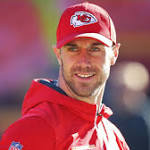 This was a really difficult Super Bowl to rank. Does the Patriots’ comeback from 28-3 make it the greatest Super Bowl ever? It was certainly the greatest comeback in Super Bowl history, but you can argue at least one half of this game was not “exciting,” per se. On the other hand, it was absolutely stunning to see the Patriots get curb-stomped by the Falcons in the first half; most of the press box was writing some version of “Dan Quinn built the baby Seahawks in Atlanta” column (I know I was). There was some “well, Tom Brady is involved” chatter and “you can’t count out Touchdown Tom” stuff, but mostly it was a coronation of the Falcons and a lot of people preparing to dance on the grave of the Patriots dynasty. WHOOPS. Brady was an assassin in the second half of this game and the Patriots did lots of Patriots things. The drama mostly surfaced from there being about 10 game minutes, including overtime (the first Super Bowl overtime ever by the way), where you knew the Falcons were a girl running into the barn in a horror movie. They were dead, they just didn’t know it yet. It was both breathtaking and heartbreaking.

The undefeated Patriots strolled into this game as massive favorites, until the Giants provided the formula to beat Tom Brady: pressure with a four-man front. There are more technically proficient and athletic catch-and-throws than The Helmet Catch, but there aren’t many that are more miraculous and on a bigger stage. It was a mini-Hail Mary with Eli Manning scrambling to avoid pressure followed by David Tyree pinning the ball to his helmet as he fell to the ground. The stuff of legends.

This game had everything. There was controversy coming in (Deflategate had just begun) and it was a battle of the two best teams in football. The defending champion Seahawks came out gunning, the Patriots responded and took over the game and then Russell Wilson and Seattle tried to steal it back with one of the wildest catches by Jermaine Kearse you will ever see.

This site uses Akismet to reduce spam. Learn how your comment data is processed.